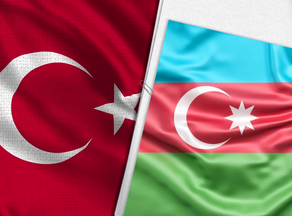 Turkey plans to build a railway to Azerbaijan's Nakhchivan Autonomous Republic, according to the Turkish Minister of Transport and Infrastructure Adil Karaismailoglu.

In the minister's words, Turkey has invested $ 5,7 bln in transport infrastructure, railway modernization, and construction. The Baku-Tbilisi-Kars (BTK) railway, a regional rail link connecting Azerbaijan, Georgia, and Turkey, is also a similar project.

Adil Karaismailoglu said that the current developments in the region pushed them to decide the construction of the Nakhchivan railway.

Nakhchivan is Azerbaijan's only region bordering Turkey. The length of the two countries' border is 10 km and runs along the river Araksi. In 1992, a bridge was constructed over the river Araksi, through which the railway route will pass.

As early as in 2012, Azerbaijani leader Ilham Aliyev and the then Turkish PM Recep Tayyip Erdoğan said at the joint press conference that they planned to build a railway from Nakhchivan to Iğdır, Turkey.

On November 9, Russian President Vladimir Putin, Azerbaijani President Ilham Aliyev, and Armenian PM Nikol Pashinyan have signed an agreement to end the military conflict over the disputed enclave of Nagorno-Karabakh. A corridor connecting Azerbaijan to the Nakhchivan Autonomous Republic is envisaged in the agreement.