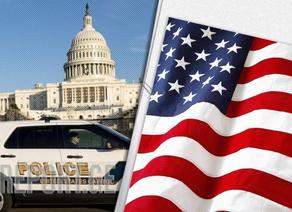 U.S. employers reported significant increases in prices and wages even as economic growth decelerated to a “modest to moderate” pace in September and early October, the Federal Reserve said on Wednesday in its latest compendium of reports about the economy.

Employment increased, though labor growth was dampened by a low supply of workers, despite wage increases designed to attract new hires and keep existing employees, the report said.

Most districts reported “significantly elevated prices,” with some expecting prices to stay high or increase further, and others expecting inflation to moderate. “Many firms raised selling prices indicating a greater ability to pass along cost increases to customers amid strong demand,” the Fed districts reported.

Policymakers are poised to begin reducing their $120 billion in monthly asset purchases as soon as next month after what most see as substantial improvement in the labor market since the end of last year. The report isn’t likely to alter that decision, but it does expose the tensions Fed policymakers face as they move beyond the taper and begin contemplating when to raise rates. Inflation has been running well above the Fed’s 2% target for the last several months.

Fed Governor Randal Quarles on Wednesday said current high inflation may test the Fed’s patience as it leaves rates low to encourage hiring. His current view, like that of most of his colleagues, is that inflation will subside next year. But if wages start to push prices into an upward spiral, or inflation expectations begin to get unmoored, he said, the Fed may need to act sooner to raise rates.