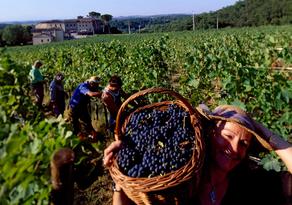 The requisition (SMP190003763) of 35 mln GEL appropriation of JSC Akura which is under the subordination of Agricultural Project Management Agency of the Ministry of Agriculture was uploaded in the database of the State Procurement Agencytoday.

50 mln GEL had already been allocated for Akura for 2019 vintage which, in case of approval, means that the sum appropriated from the budget for the vintage reaches 85 mln GEL.

According to the data placed on the State Procurement Agency website the JSC Akura will procure 50,000 – 60,000 tons of grapes during 2019 vintage.

State Procurement Agency will have to review the requisition of Akura by September 27.

On the basis of the special resolution of the Prime Minister this wine processing company being under the subordination of the government has been the object of financing for many years. The company collects 35,000 – 40,000 tons of grapes annually which costs 40 mln GEL to the tax payers.