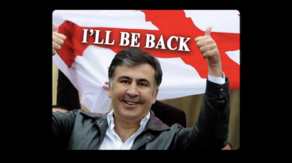 The Washington Post blames Russia for hacker attacks on Georgian websites and parallels the 2008 cyberattack. A hacker attack on 2,000 websites took place on October 28. The target of the attack were the pages of the President, Court, self-governments, media outlets and NGOs.

The attackers did not steal secret information or seize any funds. When opening the pages, a photo of the third president, Mikheil Saakashvili with the inscription I’LL BE BACK could be seen. If not the scale of the attack it might even be accepted as a joke.

The Washington Post notes that most people in Georgia are still using Russian e-mail (mail.ru) and this makes it easier to obtain information.