What measure ADC will take if government terminates agreement

What measure ADC will take if government terminates agreement 30 October, 2019  18:49 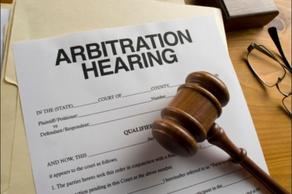 "If the Government happens to terminate our agreement and if it follows its own scenario, we will be forced to refer to the international arbitration for assistance," declared Levan Akhvlediani, Director General of the Anaklia Development Consortium (ADC) in his speech on the Anaklia Deep Sea Port project in the parliament. As per Mr Akhvlediani, the Consortium has a well-founded basis for taking this step. However, he also announced that the project cannot become the subject of the international legal dispute.

"Neither of the parties must allow this project to be subjected to the international legal dispute. This will lead to suspension of the project and inflicting serious harm upon the country's investment environment," declared the Director General of the ADC and added that they will make strenuous efforts to successfully implement the project.

Minister of Regional Development and Infrastructure of Georgia Maia Tskitishvili responded to Mr. Akhvlediani's statement by saying that she does not exclude that litigation between the Government and the Consortium is pending.