What will Abkhazia railway restoration bring to Georgia? 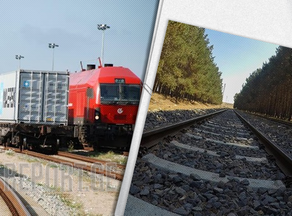 The Russia-occupied Georgian region of Abkhazia demands to be involved in the Russia-Armenia railway project.

The railway issue is not new, and periodically, it is raised during the discussions on trade hubs as part of the 2011 Russia-Georgia deal. The hubs will allow Armenia to use the Roki tunnel or Abkhazia's railway as an alternative to Zemo (Upper) Larsi.

What do Georgians think about it? What are the economic-political benefits or problems the project can bring to Georgia? – report.ge asked these questions to the Transport Hub Research Center.

The center president, Hub Georgia expert, logistic issues specialist, Paata Tsagareishvili says that this initiative is not economically beneficial for Georgia. Out of the four stakeholders (Armenia, Georgia, Russia, Abkhazia), Abkhazia is in the highest need of the railway.

"Abkhazia is mostly interested in transit, while Russia ranks second, aiming to diversify cargo flows from Central Asia. Next, we see Armenia, which does not want to depend on Turkey and Azerbaijan. Georgia is the less interested party, as Armenia's transit will cross Georgia without Abkhazia's railway. Moreover, the possibilities of Abkhazia's railway section (even if repaired) are so scarce that they cannot exceed the movement in Armenia's direction.

The railway's opening via Abkhazia will be necessary for Georgia only if the goods flow from Russia to Middle Asia via Georgia equals at least 5-8 million tons annually. But it is less realistic, as the Central Asian cargos have already established their place on the following route: via Russia, Volga-Don channel, or via Russia's harbors. Thus, it is less likely for this cargo to be directed to us. Another prospect is to attract shipments from Iran and India, and Russia is interested in it. It is a political point of view. Let alone politics, from the economic point of view, for Georgia, it is not profitable for Abkhazia to resume railway movement with Russia.

Additionally, we will attract the Armenian cargo, which passes the route already. Thus, it is less profitable economically for us. Moreover, we may harm our ports as we will lose the cargo moving from Russia to Armenia via our ports," Tsagareishvili told report.ge.

In his words, the prospects of implementing the Abkhazia railway project depend on the resolution of political issues, and if an agreement is reached, prospects remain vague from a purely technical point of view. Tsagareishvili explains that the Enguri bridge explosion destroyed the Abkhazian part heading to the Achigvara station. The route from Ochamchire to Sokhumi also requires renovation and electrification work. Based on preliminary estimations, the railway restoration will cost at least 250 million USD without the restoration of cars, stations, and storages. Tsagareishvili doubts if anyone wants to pay this sum. As the expert says, it needs at least three million tons of cargo annually for the railway to work, and it is less realistic for the Abkhazia-Russia railway line.

The Club for Professional Railway Specialists fully shares the position of the Transport Hub Research Center. Club president Dato Gochava says that the Abkhazian railway issue is politically motivated and is not economically or politically beneficial for Georgia.

"There is no railway line from Ochamchire to the Ingiri station, and the Ochamchire one is in bad condition. Who should restore this line? What kind of cargo can move on the line, and in what type of volume to reimburse the expenses? This line operated as part of the planned, scheduled USSR economy, i.e., it served to guaranteed cargo flows. The free market cannot make this line rentable, as the flows will be insufficient. Besides, the railroad is on a complex landscape and includes only one couple of rails. It means it is restricted. Afterward, the technical staff issue is important – should Russia employ its people? Abkhazians had no railway specialists and professionals at all to ensure the regular operation of the line. Thus, the opening of a railway section located in Abkhazia is not beneficial for Georgia from an economic and political point of view currently," Davit Gochava told report.ge.