When will bars and clubs reopen still unknown 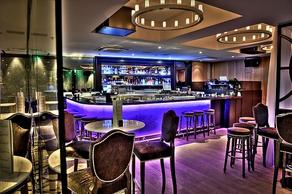 The government has not yet fixed the reopening date for bars, clubs, and music spaces in Georgia, and the owners and other representatives of these institutions want the authorities to resolve this issue. In their joint statement, they ask Prime Minister Giorgi Gakharia one-year tax privileges so that the industry can restore its niche on the market.

"We demand credits and low-interest loans for the existing business units from commercial banks (approximately similar to those of within the Produce in Georgia Programme by the Georgian government). Unless timely reopening proves possible, we initiate that recreational areas -- the country's tourist image product called the "Survival Park"-- be created in central and unexploited areas," the joint statement reads. According to it, the owners and representatives of this sector know that, together with others, they are obliged to counter the pandemic, which is why they closed the entertainment areas before a state of emergency was declared in the country; however, they also underscore that the coronavirus-restrictions have dealt a really serious blow to this sector.

"Many of us are now on the verge of bankruptcy, and we do need the government's assistance. The Tbilisi Mayor said that the existing issues in this field have already been studied; however, this was done without our direct involvement. We deal with the business sector in this particular case, which is why the formulation of a well-thought-out plan is mandatory, and this may be done only if we are involved. We will present our vision and plan to overcome the crisis and secure jobs for thousands of people, which may prove vitally important for this industry," the statement reads.