Who and how operates Georgian ports 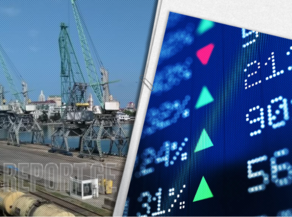 The report by the CAREC (Central Asia Regional Economic Cooperation), provides detailed information on the management of the Georgian ports.

Following the report, an unconditional ownership agreement is valid in the Poti port, which implies that the APM Terminals is an owner and beneficiary of the port, as well as the main operator, together with the Georgian Pace Group.

As for the Batumi port, the state owns the land, but the KazTransOil company is entitled to manage it.

The Kulevi Oil Terminal belongs to the state Oil Company of Azerbaijan (SOCAR), while the BP operates the Supsa terminal, with the state being the final beneficiary.

Additionally, the document says that the lack of leverages has resulted in the Georgian government facing difficulties to pursue national interests in the marine sector, with the absence of the legislative mandate remaining a pressing issue to resolve at the national level.

The CAREC has launched target surveys in the countries' ports and logistics systems in 2019 and published its report in March of 2021.

It is noteworthy that Georgia, China, and Pakistan only have seaports out of the CAREC member countries. Three other countries _ Azerbaijan, Kazakhstan, and Turkmenistan_ have ports in the Caspian sea, with no pathways to other seas.