Why is it not right to subsidize the production of electricity with social gas? 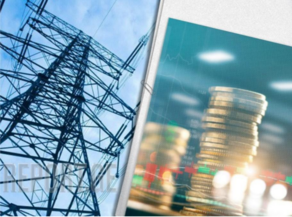 The brother of former Georgian Prime Minister Zurab Zhvania, Gogla Zhvania, has expressed that Georgia can generate electricity with the gas it receives free of charge through transit via the South Caucasus Pipeline. Gogola Zhvania tried to strengthen the arguments against large HPPs and Namakhvani HPP. Economics experts call this opinion absurd because 1. The natural gas we get "for free" is a transit fee, 2. If the natural gas received in exchange for transit is used to generate electricity, the country will still have natural gas to buy, and this does not change anything.

Former Minister of Energy Davit Mirtskhulava also thinks that subsidizing electricity sources with social gas is a setback. Especially when the world is moving in the opposite direction, many countries are already in the process of "4th energy transition" (Energy transition), which, according to Mirtskhulava, means a gradual abandonment of fossil fuels.

"It's amazing that the whole world is moving in the opposite direction. Another thing that makes this idea utopian is that in less than two years, from 2023, the EU will introduce a carbon tax on any imported products. This means that if the products are made using electricity generated from a coal or gas thermal power plant, there will be a carbon tax to pay," said the energy expert.

Former Minister of Energy, Davit Mirtskhulava, thinks that compared to the countries of the region (Azerbaijan, Turkey, Russia, Armenia), Georgian-made products will have much less carbon trace because the energy of neighboring countries is highly dependent on gas, coal production. According to him, given this factor, Georgia has an obvious, big starting advantage and a great chance compared to the neighbors listed above, to make the most of these preconditions because almost 80% of our generation comes from renewable energy hydropower plants, and so far only one wind farm.