Why the excise tax plan failed 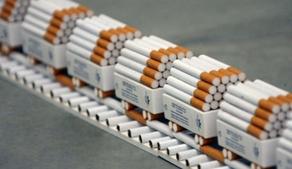 The Georgian government is making changes to the 2019 budget, the projected excise tax rate was reduced by GEL 175 million due to the failure of set plan.

According to Deputy Minister of Finance the excise plan failed because significant part of smokers, about 30%, started using tobacco. The Deputy Minister pointed out that the share of smuggled goods in the market does not exceed 3-4% which is normal indicator.

"Smuggling is not excluded neither in our nor in foreign countries. It happens when the excise tax in the country is higher than that in the neighboring countries. Of course, the risk of smuggling will always be there. However the Revenue Service Agency together with the Ministry of Internal Affairs work actively to prevent such cases”, said Kakauridze.

The reason for the excise tax loss is enclosed in the accompanying explanatory note of the budget adjustment project. According to the government, the loss was caused by the change in the structure of tobacco use. Tobacco has not been taxed before but according to the new regulation catchweight tobacco, will also be taxed.