Will planned amendments to Labour Code improve the situation? 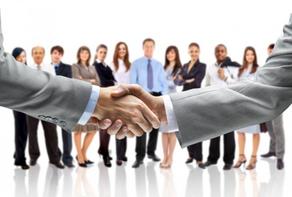 Legal Director of Business Association of Georgia Nika Nanuashvili considers assessment of the effect of the regulation on legislation amendment package mandatory. He states that there is a risk that the regulation may affect not only employee-employer relationship but also the country’s budget, its economy and investment environment.

“The first and key requirement by business associations is to assess the effect of the regulation on legislation amendment package. For example, eight-hour overtime must be reimbursed by the increased amount of 125 percent with this implying that 25 percent an hour is an expense; that’s why we need to analyze what will happen to this expense: whether or not it will be included in product costs. Labour expenses constitute a required component for a product. Fortunately, the Ministry of Economy publicly announced that implementing a RIA process is compulsory, with this being a reform that will make a change in the lives of each and every individual, including those who are neither employees nor employers. We need to assure investors that they must establish their businesses in Georgia; however, if we fail to implement regulations similar to those in Europe, I don’t see any reason why these investors should leave Europe for Georgia,” declared Nika Nanuashvili.