Wizz Air temporarily closes its base in Georgia 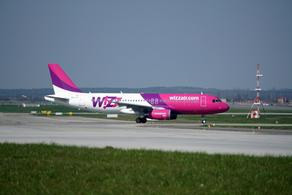 ''Wizz Air temporarily closes its base in Georgia, though it is not leaving the Georgian market," Georgian Economic Minister Natia Turnava stated.

In her words, Wizz Air will continue flights from Kutaisi International Airport and will publicize the details later.

"Before the novel coronavirus pandemic, the air company conducted flights to 30 destinations and planned to add ten ones. Wizz Air is not leaving Georgia. Later, the company will confirm that it will continue collaboration with the Georgian government. The company remains devoted to its clients,'' Natia Turnava stated.

As Wizz Air is taking its aircraft based in Georgia to Hungary, Turnava says it is a technical issue, and the company is trying to cut expenses.

The United Airports of Georgia said that Wizz Air had not officially reported the base cancelation.