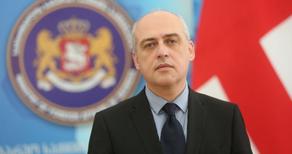 Georgia, being involved in regional projects, has proved to be a reliable partner. David Zalkaliani, Minister of Foreign Affairs of Georgia, talked about it during the panel dedicated to the Black Sea region. He has brought the Baku-Tbilisi-Ceyhan pipeline as an example. In this regard, he also mentioned the Southern Gas Corridor projects (TANAP, TAP) White Stream, Trans-Caspian gas pipeline, Euro-Asian Energy Transport Corridor, and AGRI.

He stated that Georgia is active in the process of transit corridors’ development through participation in various projects.

The Minister emphasized the role of Anaklia deepwater port project implementation and summoned the USA and the European partners to participate in the process actively.

David Zalkaliani mentioned the International Monetary Fund (IMF) evaluation of Georgian economic growth in 2019, indicating 5.2% of GDP growth, which exceeds the initial forecasts made by the IMF. Zalkaliani states that 2020 economic growth prospects are stable, with 4.3% projected growth.

The Minister says that the challenges of the region presume a holistic approach and close cooperation with NATO and the European Union in political, military, and economic issues.

The Georgian Foreign Minister is participating in the 56th Munich International Security Conference held in Germany on February 14-15.