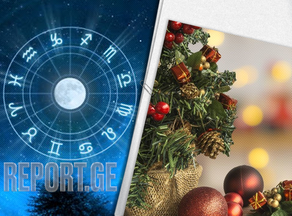 Remaining in a professional frame of mind, even if you don't have any real work in front of you, is a good idea today. Mental Mercury is coming together with alchemical Pluto for a rare conjunction in your 10th House of Achievements and Career Goals, making it easy for you to pick out the proper path and follow it to a pot of gold. Just try to not run anyone over in your race to the finish! Pluto can encourage rash behavior, so be considerate.

You've got a bird's eye view of the world today, thanks to a special alignment between messenger Mercury and transformative Pluto as they meet up in your 9th House of Global Expansion and Spirituality. A very poignant or powerful message could come your way -- this might completely alter how you perceive the world around you. Your sign is known to be somewhat stubborn, but try to give your opinions room to evolve as the universe ushers them along to the next stage.

Today you could feel like a detective trying to unravel a tangled web. Your ruler, clever Mercury, conjuncts powerful Pluto in your 8th House of Secrets and Shared Resources, so if there are any complicated matters in your life, this might be the perfect day to tackle them. You'll likely be more adept than usual at handling subjects like that. If issues regarding ownership of something do pop up, stand up for yourself -- just not at the expense of someone you care about.

Don't be shocked if someone says or does something that has a big impact on your day today. Picky Mercury is conjuncting power-player Pluto in your 7th House of Relationships, so someone you consider an equal or partner could decide to rock the boat. It should be alright if you're on the same page about the matter, but if not, it could create some friction for you. Keep an open mind, but don't be a doormat! Speak up if you're being treated unfairly.

It's a good day to get serious about life and how you live it. Mercury, the cosmic communicator, is making its once-a-year conjunction to serious Pluto in your 6th House of Health and Daily Routine. If you've been putting your wellness on the back burner, you could receive a sharp reminder that this sort of thing has consequences -- you can't let things slide indefinitely! For those already in tip-top shape, you can start planning how you want to improve even more in 2022.

The planets are offering you the chance to show off today, but it's important you don't get carried away in the process. Your ruler, intelligent Mercury, is forming a potent alignment with all-or-nothing Pluto in your passionate 5th House of Creativity and True Love. You might feel the need to put yourself front and center, even if other people aren't quite giving you the space to do so. It's fine to get your fifteen minutes, but don't try and make the whole day about you.

Family relations might be a bit extreme at the moment, thanks to a combustible aspect occurring in your home sector. A rare conjunction between fussy Mercury and particular Pluto in your foundational sector could make it impossible for you to see eye-to-eye with someone who shares your living space -- or perhaps your DNA. It's one thing to make your point heard, but watch out for losing your temper in the process. Something said right now could have quite long-lasting repercussions.

Conversations take on a very serious tone under today's planets, as witty Mercury and intense Pluto come together for a potent conjunction in your 3rd House of Ideas and Communications. This aspect could make your tongue razor sharp! While it's good to say your piece and hold your ground, be careful you aren't so forceful that it hurts anyone's feelings. Likewise, someone might approach you with verbal guns blazing, so be prepared to defend yourself as needed from any unfair accusations.

Money matters might be on your mind, or perhaps it's what you can do with said money that occupies you today. Smart Mercury is forming a once-a-year conjunction with deep Pluto in your 2nd House of Earned Income and Material Possessions, and they may have you eagerly defending what you see as rightfully yours. If you feel you've been denied your just reward, that energy could bubble up today, but be careful to avoid asking for more than you truly deserve.

You could say something that seems fine to you, but totally rubs someone else the wrong way at this time. Communicator Mercury is currently spinning through your sign and giving you lots to say, but today he'll conjunct opinionated Pluto. These two planets aren't too concerned with mincing words or sparing feelings! It's alright to be honest, but not if it means being unnecessarily rude or harsh. If someone hasn't asked for constructive criticism, then you probably don't need to supply it.

It's important to not force yourself in any one particular direction today, because there's a good chance that you're not going to have a perfect understanding of what's actually going on. Flighty Mercury and dark Pluto are coming together in your subconscious realm -- even if they want to help, they'll likely just make it difficult to actually know what you're talking about. Reserve any judgments for another day with less confusing stars, as it's too easy to miss the mark right now.

Issues in group dynamics could get blown out of all sense of proportion today, thanks to a harsh angle between fickle Mercury and severe Pluto in your 11th House of Social Networks and Global Communications. Someone, or perhaps quite a few people, might decide to assert their position -- which may leave you and everyone else feeling like no one can get a word in edgewise. Try to make sure you aren't this person and that you're helping make equal space for everyone.