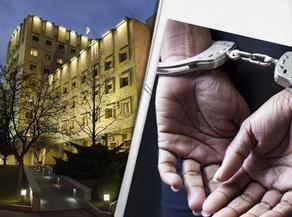 The prosecutor's office has charged four people with kidnapping for the purpose of marriage. The information about the crime is spread by the press service of the Prosecutor's Office.

According to the prosecutor's office, A.K., against her will, was forcibly put in a car and taken to the house of Z.S. in Kaspi, where the victim stayed for 7 hours before police officers arrived.

"The crime envisages 7 to 10 years of imprisonment. The prosecutor's office has already applied to the court with a motion to use detention as a measure of restraint for all four defendants," mentions the information.