9 years in prison for robbery 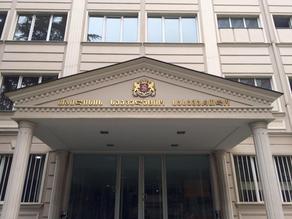 A person who robbed a citizen in the elevator was sentenced to 9 years in prison. The Tbilisi City Court fully accepted the evidence presented by the prosecution and Z.K. was found guilty.

In the elevator of a residential building on Tkvarcheli Street, Tbilisi, March 6, 2019 a drunk man, along with a companion, armed with a sharp object, assaulted a citizen and robbed him of GEL 50. He then fled the scene.

Police arrested the suspect in Tbilisi on March 6. He was charged with multiple armed robberies. The Tbilisi City Court found him guilty of the charges.