Accused in the murder of Nika Kvaratskhelia sentenced to imprisonment

Accused in the murder of Nika Kvaratskhelia sentenced to imprisonment 20 September, 2021  17:16 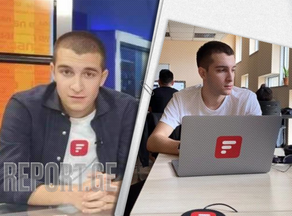 The court sentenced two people accused of Nika Kvaratskhelia's murder, A.Ch., born in 2000, and G.K., born in 1999, to pre-trial detention in absentia. The city court confirms the information.

According to the Ministry of Internal Affairs, according to the pre-arranged plan, the accused went to Anjaparidze Street in a rented car on September 15 and ambushed Kvaratskhelia. According to them, A.Ch. fired more than ten bullets.

Kvaratskhelia died of his injuries after being taken to hospital. The investigation is in progress under articles 108 and Parts 3 and 4 of article 236 of the Criminal Code of Georgia.