Accused in the murder of Shanae Brooke sentenced to imprisonment

Accused in the murder of Shanae Brooke sentenced to imprisonment 10 September, 2021  18:09 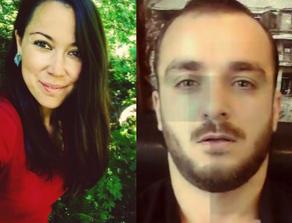 Rafael Mursakulov, accused of killing Shanae Brooke, an Australian citizen, has been sentenced to imprisonment as a measure of restraint.

The decision was recently announced in the Tbilisi City Court.

According to the lawyer, his client does not plead guilty and uses his right to remain silent.

On July 30, the news of the loss of Australian citizen Shanae Brooke got posted on Facebook by her friend.

About 100 firefighters and dozens of foreign and Georgian volunteers were looking for the woman. On July 31, the body of Shanae Brooke was found on Mtatsminda.

Initially, the police department launched an investigation under Article 143 of the Criminal Code, which provides for unlawful deprivation of liberty. Now the case is being investigated under the article of premeditated murder.