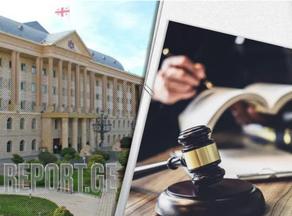 The Tbilisi City Court says in its statement that information saying that it has seized the Formula TV company's assets is not close to the truth.

The court says that the lawsuit requirement of the Defence Ministry of Georgia is that defendants Davit Kezerashvili and Alexandre Ninua provide compensation for damages.

''No demand on enforcement measures have been submitted within the lawsuit and, correspondingly, the court could not have discussed the issue,'' the statement reads.

The Ministry of Defence has earlier lodged a lawsuit before the court against Formula TV company owner Davit Kezerashvili urging him to provide compensation for alleged appropriation of more than EUR 5 mln.

Zuka Gumbaridze, the Director-General of the Formula TV Company, said that after Edison Research survey results were broadcast Monday and the public saw that the Georgian Dream failed, in fact, to overcome the 43% barrier, they carried out a new attack against the TV company.

The Georgian Charter of Journalistic Ethics has also published a statement saying that filing a lawsuit against Formula TV owner Davit Kezerashvili two days before the elections and its Director-General's claim that the TV company's property may be seized may serve the purpose of hampering the activities by the media outlets that pass criticism upon authorities.