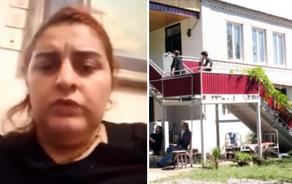 Sister of an 11-year-old boy who died in Terjola suspects that the underage did not commit suicide, but his father killed him.

The girl demands the charges against the boy's father to be stiffened.

"If my brother hanged himself, it turns out that he was forced to do it. We demand strict punishment for the father. He buried the child, drove him to suicide, and under the sentence, he will receive only two to four years - this is not enough. Then I will kill him; I will pass judgment on my father and go to prison for two or three years," the deceased's sister said.

On August 23, an 11-year-old teenager was found dead in the Terjola municipality.

On August 24, police arrested the boy's father on forcing his son to commit suicide.