Amirkhanashvili says in his testimony he was forced into the car: prosecutor 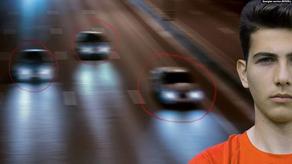 A court trial at which deceased footballer Giorgi Shakarashvili's case is being discussed is underway in the Mtskheta municipality.

The lawyers have signed the document obliging them to keep any case related information under wraps. However, the prosecutor says that Shakarashvili's friend Guri Amirkhanashvili's testimony, in which he claims that he was forced into the car, has emerged in the case.

"As of the involvement a public defender in the case to represent one of the defendants, this became necessary due to the refusal of the defendant's lawyers to fulfill their duties, appear before the court and accept evidence by the prosecution, with this evidence being plenty. For example, Amirkhanashvili says in his testimony he was forced into the car," prosecutor Davit Kazarashvili says.