Another person detained by MIA for violence against cameraman 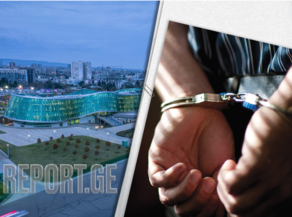 The Ministry of Internal Affairs detained another abuser during July 5 rally against Tbilisi Pride, the Ministry reveals.

According to the agency, the person was detained on charges of violence against the cameraman of the First Channel of Georgia.

"Police officers arrested another person G.Ts., born in 1987, on illegal interference, violence, and threats of violence to a journalist on professional activities and group violence. The accused G.Ts. physically and verbally assaulted the operator of the Public Broadcaster while on duty. During the rallies held on July 5-6, a total of 28 people were arrested for gang violence: 24 persons were arrested on the facts of illegal interference in professional activities for journalists, gang violence; three people have been arrested for raiding the office of Tbilisi Pride, for participating in group violence, for violating the inviolability of an apartment or other property; the police detained one person for violence against a citizen," the Ministry of Internal Affairs said.