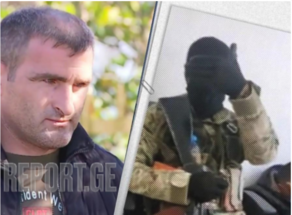 Lawyer Soso Janashia said that his client received the minimum possible sentence; however, in his words, Bidzina Esebua is innocent and is in custody only because he is Badri Esebua's brother. The lawyer stressed that he would lodge a complaint against the court verdict.

The captor left the bank building late at night, together with three victims and $500,000. He freed all hostages at dawn and vanished without a trace.

Following this, The MIA released the information saying that all hostages were freed.

According to the Ministry of Internal Affairs, the armed attacker at the Bank of Georgia was identified: the attacker proved to be Badri Esebua (DOB 1988).

The corresponding investigation activities to determine the whereabouts of Badri Esebua have so far been underway.