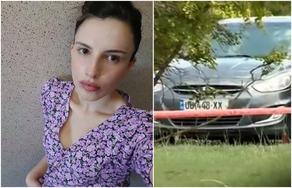 Late 23-year-old programmer Tamar Bachaliashvili's car has been inspected and minor defects, in particular, damaged right bumper and the right rear door, have been detected. The family's lawyer says that the causes of these defects must be determined. The inspection results will arrive in 14 days.

"The automobile air conditioner was turned off; some doubts arise in connection to this fact. In any case, when you think about committing suicide, you will not turn the air conditioner off. Somebody else appears to be sitting in that car," Lawyer Ramishvili says.

The lawyer and Bachaliashvili's parents suspect that the young woman was killed, her car was towed afterwards and pulled to the place where it was later discovered.

Tamar Bachaliashvili, 23, was found dead on 22 July in the Tetritskaro village. The investigation is in progress under the articles which envisage the crimes of illegal deprivation of liberty and driving to suicide.