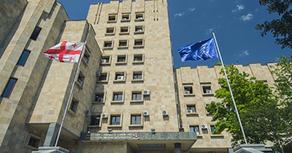 The Prosecutor's Office has pressed charges against Busa Jvania for the attempted murder of Levan Topadze, businessman Gogi Topadze's grandson.

The statement by the body reads that on 2 August 2020, at dawn, on the balcony of Levan Topadze's apartment on Chavchavadze Street, Busa Jvania repeatedly stabbed Levan Topadze aiming to kill him. Thanks to timely medical assistance, Topadze survived. Investigators retrieved the knife with which the crime was allegedly committed. On 2 August 2020, Busa Jvania was apprehended and charged. He is to receive a prison sentence of seven to 15 years. The investigation into the case is still underway.