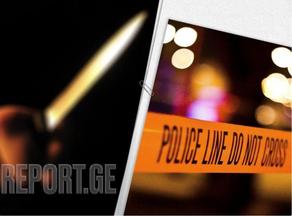 The Ministry of Internal Affairs is releasing official information about the murder of businessman Vladimer Vakhania.

According to the agency, one person has been arrested.

"Law enforcement officers arrested K.K., born in 1966, on a hot pursuit and charged with premeditated murder.

The investigation found that the accused K.K. in the village of Ganmukhuri, Zugdidi Municipality, as a result of a previous conflict over the dispute, stabbed V.V., born in 1954, several times in the chest with a knife at his home and fled the scene. The wounded man died before being taken to hospital.

Police arrested the accused within hours of the incident as a result of operative-investigative measures. The law enforcers seized the weapon of the crime - a knife as evidence," the statement said.

According to the Ministry of Internal Affairs, the fact of premeditated murder is being investigated under Article 108 of the Criminal Code of Georgia.