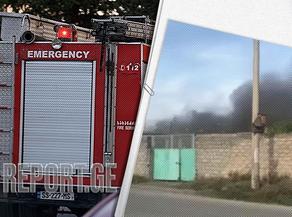 The case of the death of two prisoners as a result of the fire is being investigated by the State Inspector's service.

"On October 14, 2021, the Investigative Department of the State Inspector's service immediately launched an investigation into possible violations of fire safety rules and possible non-compliance with the rules of the Special Penitentiary Service, which resulted in the death of two prisoners in №17 penitentiary institution.

Intensive investigative actions are being carried out on the criminal case: the location was inspected; A medical examination was appointed; The site of the fire is inspected with the participation of relevant experts; The persons involved in the case are being interrogated," the statement of State Inspector's service reveals.

Two prisoners were killed in a fire at the 17th Rustavi Penitentiary Establishment.