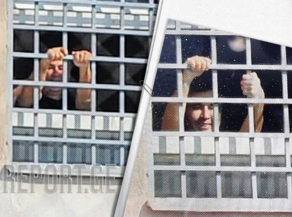 According to the Minister of Justice of Georgia Rati Bregadze, if Mikheil Saakashvili stops the hunger strike, he will return to the 12th institution.

The Strasbourg court also called on the prisoner to end the hunger strike, which the Minister considers a humane decision.

"The only demand that the prisoner Saakashvili's lawyers had before the court was to transfer him to a civilian clinic immediately. The Strasbourg court did not grant this request, and insisted on ending the hunger strike. This is a very humane decision, the spirit of which we share from beginning to end.

We were the people who offered it according to the protocol, explaining what a detrimental effect, for example, hunger has on human health. Look at the other side, calling not to stop the hunger strike, that in this case he, as a politician, will be destroyed, what is it, if not violence against a prisoner. Have you ever heard a statement like this from us or at least one insulting word? No, because any prisoner is the object of our care.