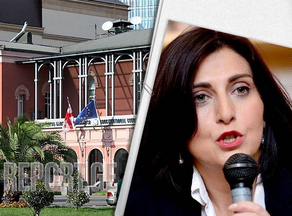 The Constitutional Court will discuss the non-termination of the parliamentary mandate for three deputies today.

The lawsuit of the opposition MPs Zurab Japaridze, Elene Khoshtaria, and Tamar Kordzaia will be considered online. The plenum of nine judges will discuss the matter. It is the first time that the Constitutional Court is about to debate the constitutionality of non-terminating an MP.

The majority of the Georgian Dream did not satisfy statements of the opposition MPs about the termination of their powers. Japaridze, Khoshtaria, and Kordzaia appealed to the Constitutional Court as they think its an unconstitutional decision.