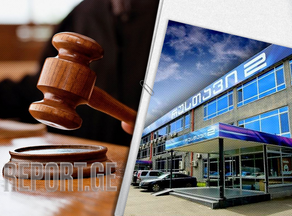 At the request of the founders of Rustavi 2, Davit Dvali and Jarji Akimidze, the court seized the television real estate lawyer Kakha Kozhoridze reveals.

According to them, the real estate of "Rustavi 2" - land plots and all the buildings were seized.

"Until now, at our request, 60% of Rustavi 2 shares were seized. Now, Rustavi 2 real estate has also been seized in full.

We also demanded the seizure of Rustavi 2 movables and the restriction of certain powers for Q.Khalvashi. J. Akimidze and D. Dvali demanded exactly the measures that the court used in the lawsuit filed by K. Khalvashi in 2015. Nevertheless, the court again acted selectively against the founders of Rustavi 2 and did not satisfy the request in this part, which will be appealed following the law," the lawyer writes.