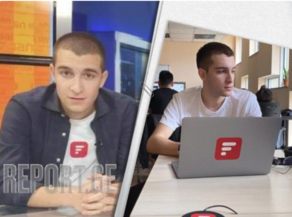 Tbilisi City Court has left the accused in the case of 23-year-old Nika Kvaratskhelia, killed in Tbilisi, in custody.

The judge took into account the position of the prosecution, which demanded leaving Giorgi Kaviladze and Aleko Chelidze in custody.

According to Prosecutor Levan Vepkhvadze, there is solid evidence against both defendants.

"There is strong evidence against both defendants that they committed premeditated murder as a group. They purchased firearms and ammunition, stored and carried it. The purpose of all this was to kill Nikoloz Kvaratskhelia," Levan Vepkhvadze said.

The decision of the court is unacceptable for the defense, and the position of the prosecution is meaningless and unjustified. Both defendants exercise their right to remain silent and plead not guilty.

"When I said in court, please show me, present the given threats, I did not receive an answer. It is only a matter of words; they just say that there is this danger. Should we leave a person in custody only for that?" said Giorgi Turazashvili, Giorgi Kaviladze's lawyer.

The accused in the murder of 22-year-old Nika Kvaratskhelia were arrested on October 7 in Tskneti.