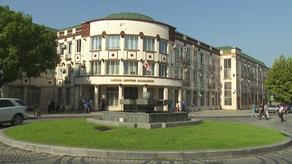 The Batumi City Court has partially recognized the case of Muslim community discrimination fact by Batumi City Hall and upheld the lawsuit over the construction of a new mosque.

The New Mosque Fund and the Union of Georgian Muslims say the recognition of discrimination was an important step forward and that they will continue the legal fight.

Organizations advocating the interests of the Muslim community - Human Rights and Monitoring Center and Tolerance and Diversity Institute, think about appealing against the decision of the court.

The Muslim community has been demanding the construction of a new mosque in Batumi for years. They bought the land with their own funds, but the Batumi City Hall refused to allow the construction. That decision was appealed in the court.