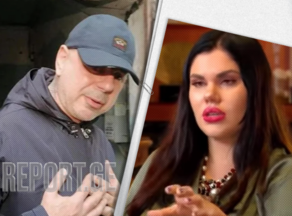 Multi-functional Custodial Council has given custody of the murdered Anastasia Shatalova's young child to the former vice mayor of Batumi, Zurab Beridze.

The murdered woman's lawyer says that the council's decision is baseless as the child's father faces criminal charges, and the deceased woman's family wants to have custody of the child.

Anastasia Shatalova was killed in Tbilisi on 18 October. Three people were detained after her murder.

Deceased Shatalova accused former Batumi vice-mayor Zurab Beridze of stripping her of the opportunity to see her child. In Shatalova's words, Beridze promised to marry her but returned to his wife eventually.