David Chakua, wanted by Interpol extradited to Georgia by Germany 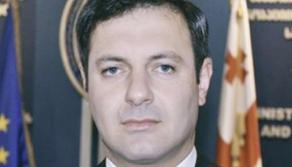 David Chakua, the former head of the Penitentiary Department, has been extradited to the Georgian judiciary by Germany. The General Prosecutor's Office confirmed the information to report.ge.

The agency refused to reveal the details and said official information on the matter would be released later.

The extradition of a former high-ranking official from Berlin to Tbilisi is expected to take place today.

David Chakua is accused of not a single serious crime, and Interpol has wanted him since March 23, 2013.

Chakua, along with Bacho Akhalaia and Megis Kardava, is accused of provoking a prison riot in Tbilisi on March 27, 2006, which claimed the lives of seven prisoners. He is also charged, along with former Minister of Justice Zurab Adeishvili, of torturing prisoners.