Davit Kodua charged with violence against his wife and child 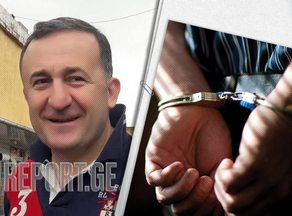 The Prosecutor's Office of Georgia has filed charges against businessman Davit Kodua for physical violence against his wife and child.

According to the agency, the investigation conducted by the Ministry of Internal Affairs revealed that on April 11, 2021, in Tbilisi, D.K. committed physical violence against his wife N.G. and child E.K. on the grounds of a dispute.

Law enforcers arrested D.K. on April 12, 2021. He was charged under Article 126, Part 2, Subparagraph "g" of the Criminal Code of Georgia (violence by one family member against another family member, which caused physical pain, committed against two or more persons), which means imprisonment of one to three years.

The Prosecutor's Office will apply to the Tbilisi City Court within the timeframe established by law to impose detention on the accused as a measure of restraint.

The criminal case is under investigation.