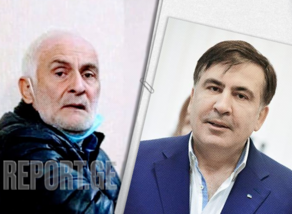 The accused, in the case of Mikheil Saakashvili, remain in custody. The mentioned decision was announced by the judge of Tbilisi City Court, Davit Kurtanidze.

At today's hearing, the prosecutor's office filed a motion to extend the investigation period, which was granted by the judge.

According to him, so far, no new circumstances have been identified in the case, on the basis of which the original decision would have been changed.

Elguja Tsomaia's lawyer demanded his release on bail of GEL 10,000. The human rights activist of Zurab and Shalva Tsotsoria, Giorgi Narimanidze, also demanded the release of the detainees on bail; however, he left the determination of the amount to the court.

The investigation period of the case has been extended, and the pre-trial hearing will be held on December 28.

The investigation accuses Giorgi Narimanidze, Elguja Tsomaia, Shalva, and Zurab Tsotsoria of covering up serious crimes. As for Elguja Tsomaia, he has also been charged with aiding and abetting illegal border crossing.