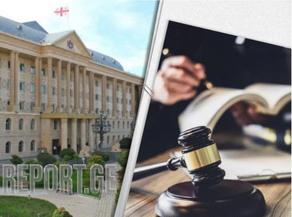 The Tbilisi City Court has issued detention on remand decision as a restrictive measure against the deputy governor of the Chughureti district, Tbilisi.

The defense required that he be granted bail, while the prosecution said that arrest was mandatory.

Judge Zviad Sharashidze shared the Prosecutor's position; Robert Grigalashvili, the defendant's lawyer, says that he will file a lawsuit against the court's ruling to the court of higher instance.

On 25 January, Lavrenti Gogsadze, the deputy governor of the Chughureti district, was arrested for abuse of power.

The Anti-Corruption Agency of the State Security Service of Georgia is conducting the investigation of the case.