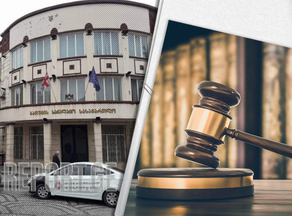 Batumi City Court sentenced all three persons arrested in the case of a collapsed building to imprisonment. Judge Tamar Bezhaneishvili made the decision.

The owners of one of the apartments on the first floor of the building and two workers who were carrying out the works are detained.

The lawyers disagreed with the position of the prosecution and stated that the detainees should not have been sentenced to imprisonment until the conclusion of the examination, although the judge did not share their position.

According to lawyers, the workers who worked in the apartment deny that they had contact with the retaining wall.

The prosecutor of the case stated that there is evidence, testimonies of neighbors, and the conclusion of experts that the accused are guilty.

The investigation into the violations of safety rules during construction or other work and damage or destruction of other people's property, which resulted in the loss of human life and severe consequences, was launched under Article 240, Part 2 and Article 187, Part 3 of the Criminal Code of Georgia.