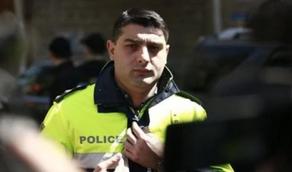 "The law on gatherings and manifestations stipulates that police are entitled to ban protesters from taking items to the rally site, which may be used against citizens and pose a danger to their health and life," Vazha Siradze, the Director of the Patrol Police Department under the Ministry of Internal Affairs, told journalists on Rustaveli Avenue.

In Siradze's words, he told protesters that they could take electric heaters to the site to stay warm. "We have repeatedly witnessed how protesters used timber and firewood as tools of violence, with which they harmed police officers," Siradze said.

They attempted to take timber and firewood to the rally site, but patrol police officers did not allow them.