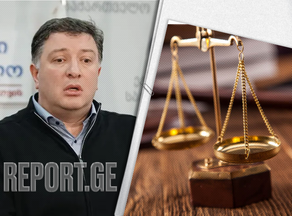 The Strasbourg Court has shown a willingness to review former Georgian Mayor Gigi Ugulava's case. According to Mr. Ugulava, the case concerns 2020 developments.

''Sooner or later, the truth will be disclosed, and Ivanishvili's misdeeds, justice on which he trampled, will come to light,'' he said in his social media post.

Supreme Court of Georgia found ex-Mayor Gigi Ugulava guilty for squandering the so-called foundation financial resources on 10 Feb 2020 and sentenced him to three years and two months in prison.