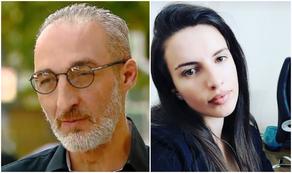 Bachaliashvili's lawyer Mikheil Ramishvili says that it is still unclear why the late woman's car proved impossible to find for five days when the corresponding video footage showed that shepherds and sheep flocks pass this place on a daily basis.

In his words, the parents want investigators to change the course of their actions and look into Tamar Bachaliashvili's murder as they are certain that their daughter was killed.

"Lots of our questions revolve around the FBI, with answers to these questions expected today," Mikheil Ramishvili, the family's lawyer said, adding that they will also demand satellite photos,  final and interim opinions, as well as the explanation why the forensic examination results have not been yet received.

Before entering the Prosecutor's Office, Tamar Bachaliashvili's mother also said that they have taken a strong position as they no longer have time for polite gestures.

Tamar Bachaliashvili, 23, was found dead on 22 July in the Tetritskaro village.