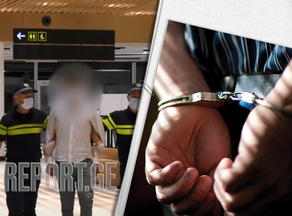 The offenses carry a maximum sentence of 3 to 8 years in prison.