"Georgia against Russia" - What has Strasbourg established? 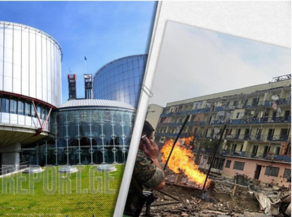 The Strasbourg court announced the decision in the case of the 2008 war.

The European Court of Human Rights has agreed to Georgia's claim that Russia violated a number of articles of the European Convention on Human Rights during the August 2008 war, the Ministry of Justice of Georgia reports.

The Grand Chamber's acknowledgment of these violations confirms that Russia carried out ethnic cleansing of Georgians during the August 2008 war.

The Strasbourg court shared Georgia's position and recognized Russia's responsibility for the torture, inhuman and degrading treatment of Georgian prisoners of war and civilians.

The court shared Georgia's position and established Russia's responsibility for not investigating the killings of Georgian citizens during the war and for a number of other violations.

"This historic decision is an important lever for Georgia to use international legal mechanisms to resolve conflicts and restore territorial integrity," the Ministry of Justice said in a statement.

Georgia won the dispute with Russia in the case "Georgia vs. Russia."