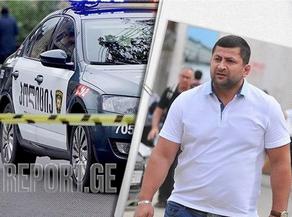 Olympic champion Zurab Zviadauri is to be charged today. He is now in a cell for pre-detention, exercising his right to silence.

Police have recently detained Olympic champion Zviadauri over the Kakheti murder. The detainee will be sentenced to between 7 and 15 years in prison.

Zurab Zviadauri's close relative Jaba Jangirashvili is also being kept in police custody as Zviadauri fired from his gun. Jangirashvili faces the charge of illegal possession of a firearm.

Three people were reportedly shot to death inside a car in Georgia's Telavi municipality, with all of them dying before hospitalization.