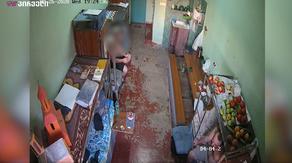 The Georgian Penitentiary Agency makes a statement on the footage materials from the accused persons' detention cells over the Shakarashvili's case.

According to the Agency, the materials obtained through the convert videotaping in some of the accused's cells over the Shakarashvili's murder are legitimate.

The Agency accomplished the convert videotaping in some of the cells, which is done in compliance with the jail code. Hence, the interpretations that a TV company has got illegally produced materials is a failed effort from the TV company's side, aiming to mislead the audience.

The Agency underlined that the materials obtained through the secret videotaping accomplished in some of the cells are legal, and the General Prosecutor's Office will make an additional statement on it.