Giorgi Gakharia: Today is the most important day in the history of Georgia 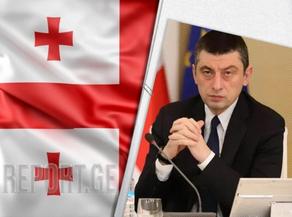 "Today is one of the most important days in the history of Georgia. As you know, in a few hours, the European Court of Human Rights will make a final decision on the case "Georgia vs. Russia," Giorgi Gakharia said at the government session.

According to the Prime Minister, this is the result of 12 years of work of the Ministry of Justice and the August war's first assessment by the International Court of Justice.

"We are all convinced that this will be a fair decision. We all need to understand that this, in addition to compensating our affected citizens and laying the groundwork for it, will mainly be for further protecting their interests at the international level," he said.

According to him, the decision imposes additional obligations on the government, and in the near future, coordinated inter-agency steps should be taken towards the country's de-occupation.

The decision of the Strasbourg court in the case of the 2008 Russo-Georgian War will be announced today.