Giorgi Menabde, accused in the murder of Davit Saralidze, found guilty by the court 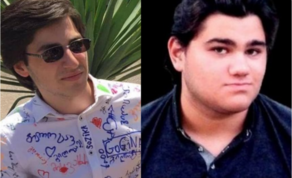 Giorgi Menabde, accused of premeditated murder committed by the group of Davit Saralidze, was found guilty by the court. According to the decision of Judge Valerian Bugianishvili, Menabde was sentenced to 10 years and six months in prison.

According to Giorgi Menabde's lawyer Davit Dadiani, the court will definitely appeal this decision.

"The court has given a guilty verdict. We do not know the circumstances and the evidence on which the court relied. Therefore, we are waiting for the verdict to be delivered in writing, and we will act accordingly. The decision will definitely be appealed," Dadiani said.