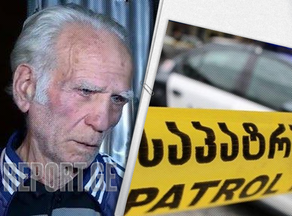 The grandfather of a 14-year-old girl got arrested in connection with a suicide case in Kobuleti. According to the Ministry of Internal Affairs, he is accused of threatening and abusing a minor family member with prior knowledge.

"The investigation established that the accused threatened and abused his minor grandchild—a teenager born in 2006 committed suicide on February 9.

An investigation is underway into the facts of threats and domestic violence committed against a minor on a family basis, with prior knowledge.

The Ministry of Internal Affairs arrested another person in connection with the case. A man born in 1997 has been held in custody on charges of having sexual intercourse with a minor under the age of sixteen and leading the individual to suicide," the agency revealed.

The information about the suicide of a 14-year-old girl in Kobuleti became known on February 10.

The deceased teenager's grandfather says the girl was a victim of abuse twice before committing suicide. According to her mother, the girl's uncles severely beat her after the incident.

The day after her suicide, police arrested a man born in 1997. He was charged with having sexual intercourse with a person under the age of sixteen, which carries a sentence of 7 to 9 years in prison, although it became known yesterday that the prosecution aggravated the charges against him.

Batumi City Court sentenced the 23-year-old defendant to imprisonment as a preventive measure.