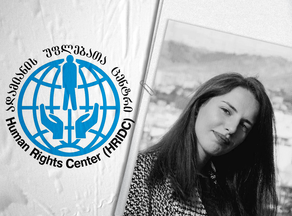 The Human Rights Center is involved in the case of Tamar Bachaliashvili and will protect the legal interests of the victim, Jumber Bachaliashvili, together with the family lawyer, Mikheil Ramishvili.

The organization believes that the questions in the case have not been answered by the investigation so far. Also, the claims of the victim have not been met so far.

Tamar Bachaliashvili disappeared on July 18. After a five-day search, she was found dead in her car near the Tetritskaro forest.

For reference, the General Prosecutor's Office released the results and evidence of Bachaliashvili's case on September 4.