If criminal enjoys impunity other potential offenders will be encouraged, Tsereteli says

If criminal enjoys impunity other potential offenders will 22 October, 2020  22:30 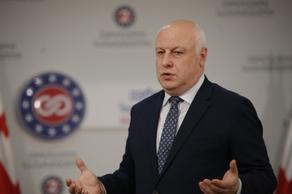 Giorgi Tsereteli, the leader of the European Georgia party, has elaborated upon the recently committed criminal act in Zugdidi.

Tsereteli said that despite the hostages being released, the special operation cannot be deemed successful as the police have not yet arrested the criminal. He also stressed that if the captor enjoys impunity, other potential offenders will be encouraged, and to prevent this from happening, the escaped criminal must be caught.